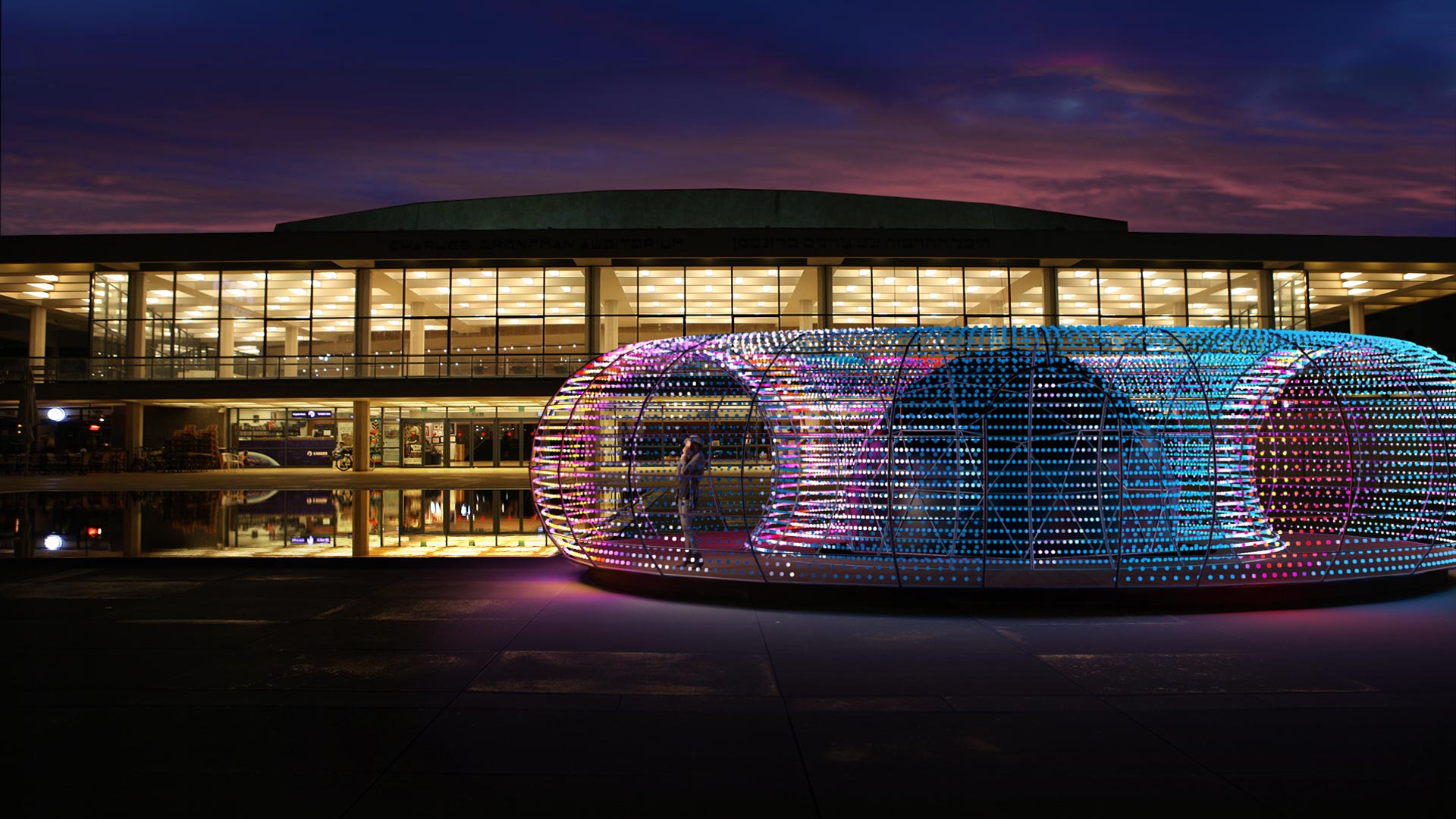 Skakki collaborated with Israeli firms Noa Lev Lighting Design and Techie Video in creating a concept design for a proposal to Tel Aviv's Municipality, in occasion of the 2019 Eurovision Song Contest, hosted by the city of Tel Aviv.

The installation was to be built in a Eurovision themed dedicated area, on one of the city's public squares.
The Torus measures 14 meters in diameter with the tunnel width and height of 3.5 mt. The structure was to be custom built with aluminium tubing and covered with a web of over 13000 'LED Intelli-Balls', each individually controlled. Motion sensors could be installed around the Torus, to dynamically light the LEDs based on movement in and around the space.

Inside, audience members would have the option of wearing Microsoft HoloLens glasses and experience additional interactive Mixed Reality content with information, images and clips from Eurovision's history and past winners.

Mapping the LED balls with a realistic luminous effect was anything but easy. It would be impossible to treat 13000 LEDs as light sources, so colourful image was used instead, mapped across the whole surface and given emissive properties to cast colourful light, while retaining transparency to accurately blend with the surroundings.

Stay in the loop!